The Canadian Security Intelligence Service said it's aware of state actors from the Islamic Republic of Iran monitoring and intimidating people inside Canada to silence those who speak out publicly against the regime. 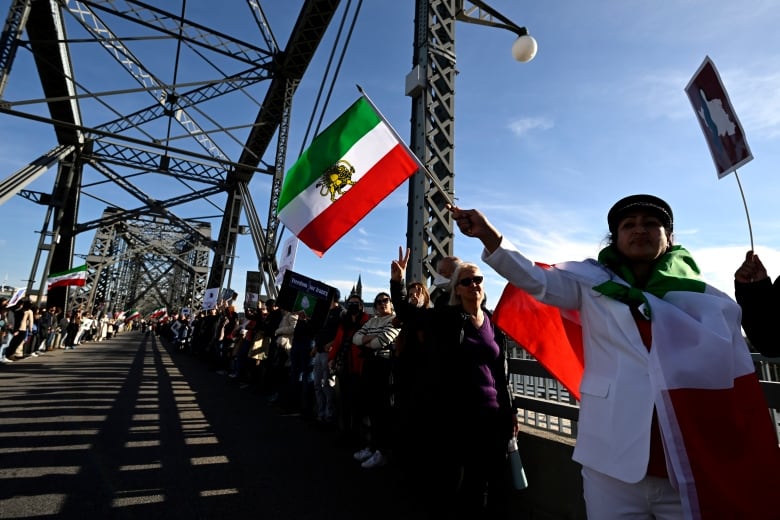 For the past two months, demonstrators have taken to the streets in Iran for anti-government protests in the wake of the death of 22-year-old Mahsa Amini. (Justin Tang/The Canadian Press)

"CSIS is actively investigating several threats to life emanating from the Islamic Republic of Iran based on credible intelligence," CSIS spokesperson Eric Balsam said in a media statement to CBC News.

"Ultimately, these hostile activities and foreign interference undermine the security of Canada and Canadians, as well as our democratic values and sovereignty."

It's the first time the agency has confirmed multiple ongoing investigations involving what it calls "lethal threats to Canadians and people located in Canada" emanating from Iran.

The details were released to CBC News after Britain's domestic intelligence chief revealed Wednesday that the United Kingdom faces a major security threat from Iran, Russia and China — countries the U.K. accuses of using violence and intimidation abroad to pursue their interests. 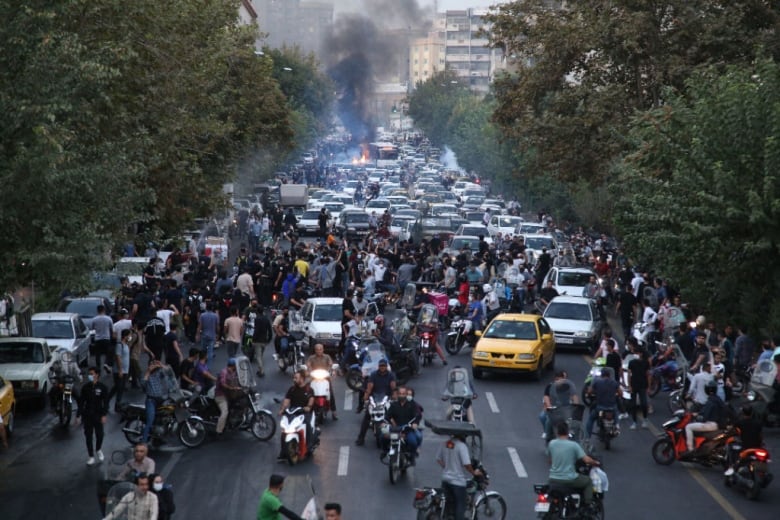 For the past two months, demonstrators have taken to the streets in Iran to protest the regime. The massive demonstrations were triggered by the death of 22-year-old Mahsa Amini, who was arrested by the so-called morality police and died in custody after allegedly wearing her hijab improperly.

At least 341 people — including teenagers and children — have been killed and more than 15,800 have been detained in relation to Iran's protests, according to Human Rights Activists News Agency, an organization of Iranian activists. Experts suggest the true numbers could be much higher, given the regime's crackdown on the release of real-time information online. 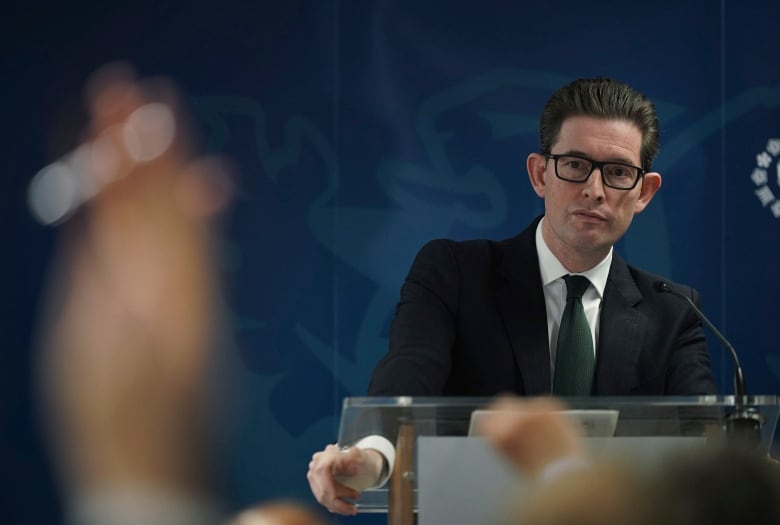 Ken McCallum, director-general of MI5, said Iran is responsible for at least 10 potential threats to kidnap or kill British or U.K.-based people this year.

"The foreign secretary made clear to the Iranian regime just last week that the U.K. will not tolerate intimidation or threats to life towards journalists, or any individual, living in the U.K."

Canada's government last year condemned Iran's "pattern of intimidation and foreign interference" after U.S. authorities laid charges in an alleged Iranian plot to kidnap five people and take them to Iran — including three individuals from Canada.

"We know there's been active plotting against Americans, former and current officials. And that's something that we have been absolutely resolute in saying, that regardless of any differences that we may have among Americans, one thing where we stand together is in defending any American — official, non-official, in uniform, out of uniform," he told host and CBC chief political correspondent Rosemary Barton.

"And of course we stand with Canada, with the U.K. and with others who face the same threat and that's just one of many examples of Iran's activities which go against international norms and for which they need to be held to account."

"We use all tools at our disposal, and will continue to work closely with our allies and partners to respond to such illegal and unacceptable behaviour by authoritarian states," said Mendicino's spokesperson Alexander Cohen in a statement.

The federal government announced earlier this week it has officially "designated the Islamic Republic of Iran as a regime that has engaged in terrorism and systematic and gross human rights violations" which makes thousands of members of the regime inadmissible to Canada, said Cohen.

Family members in Canada who have criticized Iran's government after losing their loved ones in the destruction of Ukraine International Airlines Flight 752 in 2020 have also reported to RCMP that they've been targeted for threats and intimidation by Tehran. Flight 752 was shot down by the Islamic Revolutionary Guard Corps (IRGC) shortly after takeoff on January 8, 2020, killing all 176 passengers and crew aboard.

CSIS said in its 2021 annual report that it continued to "investigate credible reports" involving "threat actors linked to proxies of the Islamic Republic of Iran."

Loved ones of Canadians and permanent residents who died in the crash of Ukrainian Airlines Flight PS752, say they've received a growing number of threats believed to be from Iran and inside Canada.

Dennis Horak, Canada's former chargé d'affaires in Iran, said that kidnapping and killing people abroad has been part of the Iranian regime's playbook for decades. He said the latest threats are a reminder of the nature of the regime.

"This is a regime that does not play by the rules internationally and never has," said Horak, who worked at Canada's embassy in Tehran from 2009 until it closed in 2012.

In the late 1980s to 1990s, many Iranian dissidents went missing or were killed abroad.

Horak said that it was rare for MI5 to reveal the number of attempts, which could signal the agency's level of concern.

"The Brits may feel that the Iranians have nothing to lose at this point in terms of their international limits, so they may step it up and go after some people who are making the biggest noise about what's happening domestically," he said.

CSIS said that while it cannot comment on specific cases, it's urging people in Canada who believe they're being targeted by Iran to contact the RCMP. The agency said it's working with domestic and international partners and the Iranian-Canadian community.

The Iranian diaspora in Canada continues to stage its own protests; the next one is planned for this weekend.