Sixty-five adults and 152 children clambered aboard smugglers’ rafts to cross the Rio Grande near Roma, a border town of 10,000. One Honduran woman hobbled on board on crutches. A human trafficker had broken her leg assaulting her in Mexico, but she was determined to get to the U.S., so she paid the $3,500 coyote’s fee and struggled onto the flimsy vessel. The group also included a mother cradling her 6-month-old daughter. It was March 16, a balmy evening. Around 8:45 p.m., hell broke loose.

Border Patrol agents came on the crossing, accompanied by a Texas special-operations group. The smugglers grabbed the dark-haired baby girl and hurled her into the deep water. They capsized the rafts, sending panicked migrants flailing into the dark currents. “They did that to distract law enforcement so it would become a rescue operation,” says Lt. Christopher Olivarez, a spokesman for the Texas Department of Public Safety.

American authorities managed to rescue the baby, and a photo shows a Texas officer cradling the little girl. Her tiny arms stretch toward him, and her striped shirt and yellow polka-dot pants are soaked. The authorities also saved the woman with the broken leg and helped parents and children reach the shore. The Department of Public Safety incident report records no fatalities or serious injuries. But the smugglers escaped.

President Biden has criticized Donald Trump’s immigration strategy as inhumane and vowed to treat migrants compassionately. Yet his policies have created perverse incentives for vulnerable migrants to enter the U.S. in dangerous ways. Those policies enrich the Mexican cartels that extort, kidnap, rape and exploit Central American migrants.

Before the pandemic, those fleeing persecution could seek asylum legally by presenting themselves at a port of entry and declaring they had a credible fear of returning to their home countries. But amid Covid the U.S. has closed its ports of entry to asylum seekers, leaving Central American newcomers with no legal recourse. The illegal pathway is still open: Migrants can cross the border unlawfully, then declare themselves asylum seekers when they encounter Border Patrol. Instead of evading the authorities, many of those crossing now hope to encounter them.

Other Biden administration policies encourage families, and young children in particular, to hazard a dangerous illegal crossing. Amid the pandemic, the Trump administration invoked federal public-health law to expel migrants. The Biden administration kept this Title 42 emergency order in place but exempts unaccompanied children. In the Rio Grande Valley, American authorities have begun to release families traveling with children 7 and younger into the U.S.

“It’s great that the U.S. is welcoming women and children,” Pastor Abraham Barberi tells me when I visit the migrant shelter he runs in Matamoros, Mexico. “But they’re also sending the message to families: ‘Let’s leave everything behind because our children will make it across the border.’ ” Andrea Morris Rudnik of Team Brownsville, a volunteer group that helps migrants, agrees: “We’re basically encouraging moms and babies to cross the river, which is not right. And they’re willing to do it.” Parents with infants, toddlers and young children are crossing together, while others make the difficult decision to entrust children over 8 to coyotes and send them to the U.S. alone. “The trauma of telling your child, ‘You have to go now, cross the river. I’ll reach you later’—they let go of their children and hope for the best,” Mr. Barberi says. “I can’t even think of how that would feel, the trauma of that for the parents and the kids.”

Nothing about this is safe. In Mexico’s cartel-controlled border towns, “life is cheap,” says Victor Escalon, regional director of the Texas Department of Public Safety. During the border crossings, coyotes routinely endanger and abandon migrants. Once migrants cross the Rio Grande, they face a punishing Texas landscape. No breeze penetrates the thick brush, and in late spring and summer, temperatures soar to 90 degrees or higher. Thorns, mosquitoes, rattlesnakes and ticks abound. The grass hides holes that can snap ankles and break legs. The Rio Grande winds and curves, and it’s easy to get lost on its banks. Walking along the shore briefly, I can’t fathom how migrants make it through without a machete, but somehow they do. Pregnant women, nursing mothers and young children struggle through the brush, exhausted, soaked and dehydrated. Many require medical attention as soon as border agents find them. Others survive the journey north only to perish in the Texas brush.

n February U.S. Customs and Border Protection reported nearly 9,500 encounters with unaccompanied children—the most since the peak of the 2019 crisis—and nearly 19,250 encounters with families, more than twice as many as in January. The March numbers will be even higher. Since Oct. 1, Border Patrol agents in the Del Rio sector alone have rescued more than 500 migrants as they attempted to cross into the U.S. On March 20, a 9-year-old girl drowned while attempting to cross the Rio Grande with her mother and 3-year-old brother. The New York Times reported last week that some 82 migrants have died since October while attempting to enter the U.S.

Maryury Nomy Ramirez, 21, crossed the Rio Grande on March 19 with her 4-year-old son, Jose. “I was risking my son’s life,” she says bluntly. But back in Honduras, “my life was desperate from poverty. I didn’t know what to do. I didn’t find a way to provide for my son, I was running out of money, and what I earned from washing and ironing was not enough.” So she took the risk. “God kept me, and everything was fine—really—tranquil for me and my son.” She holds him tenderly on her lap at the bus station in Brownsville, adding that she plans to go to Los Angeles.

Cartels love the humanitarian crisis they’ve helped create. They monopolize the territory south of the border, and no migrant crosses without first paying up. “They help create the vulnerability and then they exploit it,” says Roy Villareal, a former U.S. Customs and Border Protection official who recently retired after serving as the chief patrol agent in Tucson, Ariz. Cartels strategically send hundreds of migrants across to ensure that Border Patrol and police are overwhelmed dealing with the humanitarian crisis. A few miles away they move guns, drugs and cash across the border.

No one knows how much contraband is now making it across the border. From March 4 to March 20, Texas law enforcement seized more than $644,000 in cash and 14 firearms, engaged in 34 pursuits, and arrested four known gang members in the Rio Grande Valley and Del Rio, Texas. During that same period, they encountered 22 “bailouts”—in which cartel members lead officers on a car chase, slam on the brakes, jump out of the car, and leave it in drive. Officers have to contend with a driverless, moving vehicle and perpetrators fleeing on foot.

“They’re gaining inroads with all that confusion going on,” Mr. Escalon says. On the Mexican side of the border, violence is routine, and he fears cartels may expand their reach into American border towns, too. “We don’t want that culture here.”
As the weather grows warmer, the numbers of migrants will increase and the situation will worsen unless the incentives change. Congress could help by closing loopholes in U.S. asylum law, increasing opportunities for migrants to enter the U.S. legally on temporary work permits, and allowing Central American children to seek asylum in their country of origin instead of making the dangerous journey north. But if politicians prefer to have immigration as a campaign issue than find a solution, the consequence will be wealthier and more powerful cartels, more migrant parents making impossible choices, and more children’s bodies washed up on the banks of the Rio Grande. 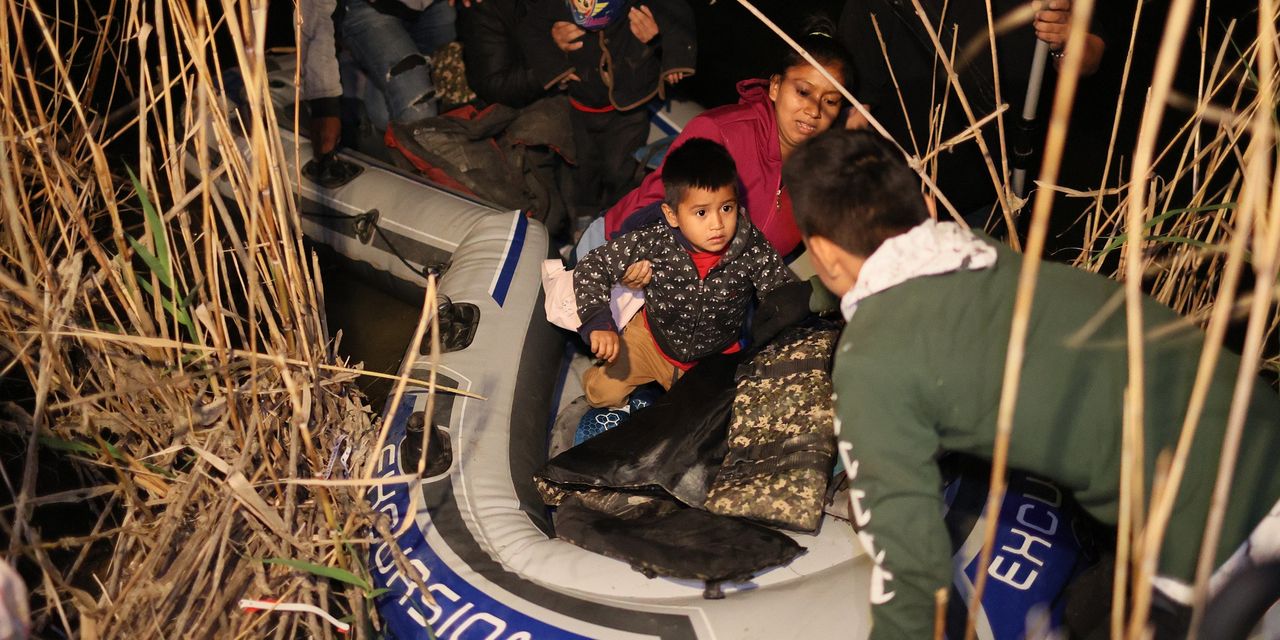 His policies endanger vulnerable migrants by encouraging them to make perilous illegal crossings.